Responding to order transfer with innovation

He Ming, general manager of Jiangsu Menglan Group Co., Ltd. said that the company's export value last year was 45 million US dollars, an increase of about 20% year-on-year. The export value in the first quarter of this year increased by about 20% year-on-year. "The RMB depreciation has brought export advantages to enterprises." Founded in 1972, it was originally a small village-run enterprise, mainly for state-owned enterprises, and its products are mainly exported to Japan and the United States.” He Ming said, “Japan and the United States have different demand for products, and the Japanese market pays more attention to product functionality. It is necessary to continuously develop new product features. The US market needs products to be more popular, and price is the competitive advantage of products."

Talking about the pressure faced by enterprises, He Ming said that at present, Japan has preferential tax rates for Southeast Asian countries such as Vietnam, and some countries do not even have to pay customs duties. The products exported to Japan by China are subject to a tariff of 8%-10%, which has certain pressure on enterprises.

Some analysts pointed out that there are tariff differences between China and Southeast Asia and South Asian countries on the export of developed economies, which is one of the reasons why China's export orders have been transferred to Southeast Asian countries. Bangladesh, Pakistan, Vietnam, and Cambodia have tariff preferences for the EU, Japan and other economies. In particular, after the EU-Vietnam FTA in force in 2018, the export advantage of Vietnamese products to the EU market will expand.

He Ming believes that the transfer of orders to Southeast Asia also has an impact on the textile industry. “The current transfer to Southeast Asia is mainly for traditional product orders, and product positioning and product orders with high technical content remain in the country. Without special tariff support, our competitive advantage will be more obvious.” He Ming said.

He Ming pointed out that at this stage, enterprises should cooperate with upstream and downstream industries to jointly design and develop products. “We want to unite our suppliers and take product design and innovation as a project. Such materials, such as graphene, which are often used in the new energy industry, are now emerging in the textile industry due to their good thermal storage performance. The upgrade is very fast."

Zhang Mengfei, business manager of Jiangsu Textiles Import and Export Group Baode Garment Co., Ltd. said that the diminishing demographic dividend and rising labor costs have a significant impact on labor-intensive enterprises. “The wages of workers in Southeast Asia are about US$300, which is half of the domestic labor cost. A large number of domestic enterprises have invested and built factories in Southeast Asia.” Zhang Mengfei said that enterprises have also considered “going out” but need to face the “going out” process. Risks such as local laws, policies, humanities and the environment cannot be easily “goed out” without full confidence.

For the construction of independent brands, Zhang Mengfei believes that brands need time to precipitate and accumulate. In the current competition with international brands, domestic brands can only rely on price advantage, which is also a helpless move.

In addition, the increase in environmental protection pressure is also one of the difficulties faced by garment export enterprises. In recent years, environmental protection efforts have been continuously increased. Many dyeing factories have been rectified and rectified, and a large number of old equipment have been forced to be eliminated, which indirectly has led to rising costs for garment export enterprises. Some areas reduce pollution by controlling production capacity. “In order to ensure production, the company will transfer some orders to factories in Guangdong and other places.” Zhang Mengfei said.

Zhang Mengfei believes that at present, garment export enterprises need to increase their added value in order to get rid of the dilemma, and they must move to the high-end market.

Scan the QR code to read on your phone 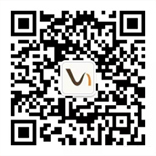 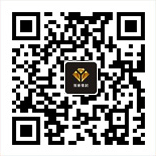